British manufacturer Keston Boilers has supplied four 55kW Heat Only boilers and a Frame and Header Kit to St Mary’s Abbey in Colwich, Staffordshire, a Grade II Listed building dating back to the middle of the 18th century that recently underwent a complete heating refurbishment.

The monastery of nuns, who have been based in Colwich for 170 years, are part of the English Benedictine Congregation and form a community that dates back to 1652. The current building rose to the rank of Abbey in 1928 and, in the years since 1970, some of the 19th century monastic buildings have been demolished and a modern block added to create a functional building that meets the practical requirements of the nuns who live there.

As a major step in ongoing repair and maintenance, the nuns decided that the Abbey would greatly benefit from a boiler upgrade, not only to improve comfort levels for the nuns and visitors to the Abbey but also because the three existing cast iron boilers were very inefficient, resulting in high running costs. 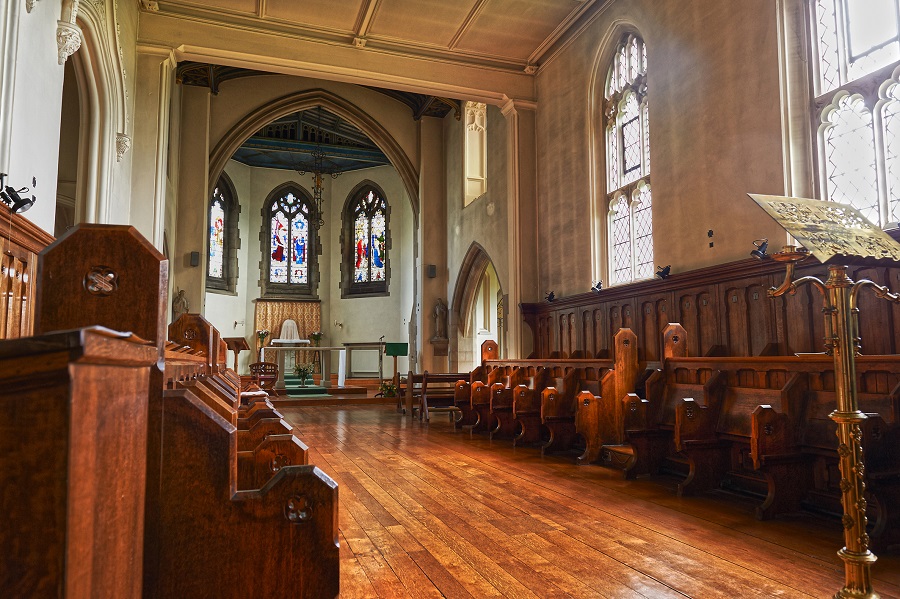 Keston Heat boilers were specified and installed by Gas Engineer John Hobbs, owner of Hobbs Plumbing & Heating, as they offered extremely high energy efficiencies of up to 110% part load and were the only boilers on the market that could offer the flexible flue configuration required to meet the specification. As a Grade II Listed building, St Mary’s Abbey is protected under the provisions of the Planning (Listed Buildings and Conservation Areas) Act 1990. This means any work carried out has to comply with strict criteria set by the local planning authority.

The nuns and their advisers were aware that external flues would not be allowed, as this would negatively impact on the character of the Abbey. John proposed running the flues through the existing chimney, which seemed an ideal solution except that the flue termination point would be nearly 13m away from the boiler and the total flue run, including air intake and gas intake, would be 19m long. Fortunately Keston’s specialist twin flue capabilities are designed to meet this kind of challenging requirement, which was a major point in the selection of Keston boilers. 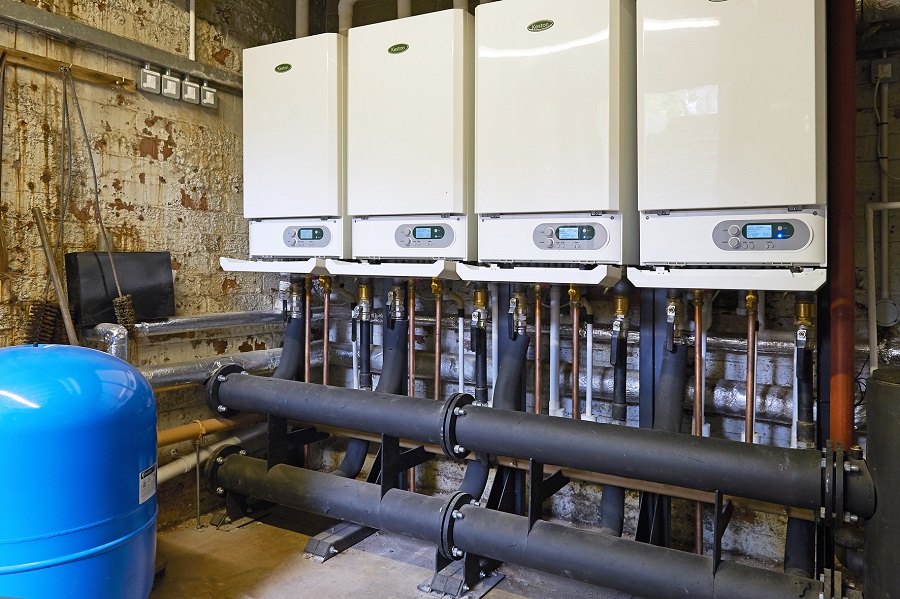 John explained, “What could have been a troublesome installation turned out to be very straightforward. This was down to the capabilities offered by the Heat Only twin flue boilers and the technical backup I received from Keston. I had never seen this type of flue run before and didn’t know if I would need to make alterations to the burner or other components, so having Keston’s high quality technical support available whenever I needed it was really useful.”

Another installation challenge was the lack of wall space in the boiler room, which meant the four boilers could not be installed along one wall. This issue was solved by Keston’s Frame and Header Kit, which allows up to six boilers to be installed in cascade on a self supporting frame, extending the options for larger buildings. The kit includes water and gas headers that can be assembled using a threaded socket, as well as compression and flange connections.

Due to the compact size of the Keston boilers and the modular design of the Frame and Headers kits, John found it straightforward to manoeuvre the equipment into the basement boiler room, which was accessed via a set of stone steps leading from the Abbey’s central courtyard. He added, “Not only did the Frame and Header kit solve the wall space issue, it also made installation even quicker and easier.”

Keston’s four Heat-Only boilers are now delivering highly efficient, reliable heating to the whole of the Abbey, with the nuns reporting that areas of the building that had previously been cold, especially the church, are now much warmer. The temperature of the hot water has increased and, in addition, the improved efficiency is also predicted to deliver beneficial cost savings.

Sister Benedict, the Abbey’s Bursar, who has been the Abbey’s point of contact throughout the project, lives at the abbey along with six other nuns and one priest who resides in the guest quarters. She said, “The improved heat in the building is very noticeable, and both residents and visitors to the Abbey have commented on the improved comfort this has brought. Creating an improved internal environment was important for us as some of the nuns are very elderly with declining health, and their comfort has been greatly improved. In addition, the building itself will be far more effectively preserved as there will be much less risk of damp and other issues. The installation was very quick and we barely noticed it thanks to the excellent work of John Hobbs and his team, who were very quiet and would always stop work for the duration of our midday service.” 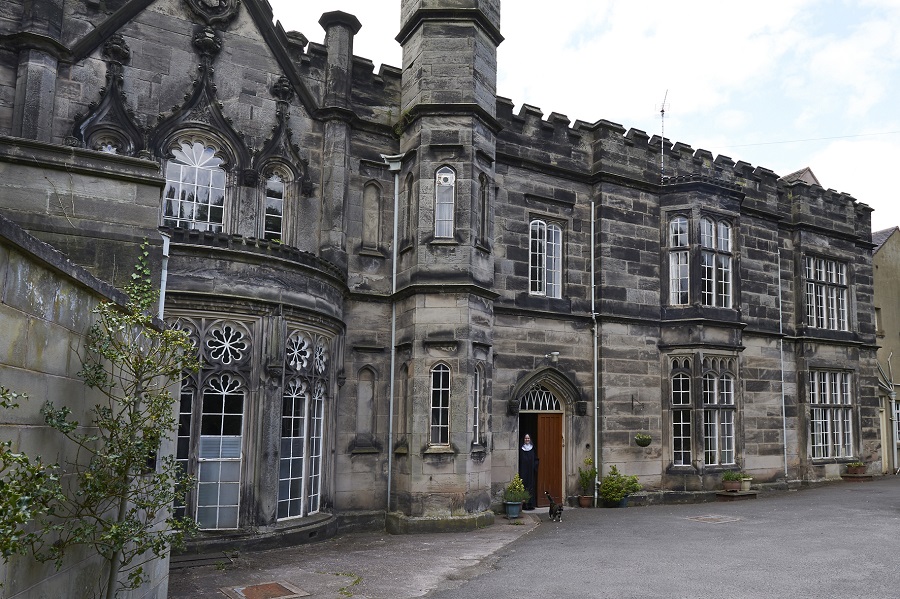