Keston Boilers once again overtook the competition when a Heat 55kW boiler was selected to provide high efficiency heating for the Mayfair home of Sir Stirling Moss OBE, the British former Formula One racing driver.

Sir Stirling and Lady Moss have used Keston boilers for over 25 years and when the time came to upgrade their old model there was only one boiler brand they could trust to go the distance. The new Keston Heat 55kW was installed in Sir Stirling’s outdoor boiler house and the ease of fitting meant that the boiler replacement was completed within the day.

Sir Stirling affirmed, “Whenever we have needed a boiler installed, we have gone straight back to Keston as we have always found them easy to use and completely reliable - you can’t argue with over 25 years of faultless service. Plus with six storeys to heat, our boilers always get a lot of use! If we ever had to choose another, we’d look no further than a Keston.”

Keston’s commitment to quality was further demonstrated in July 2015 with the launch of a five year warranty* (subject to terms and conditions) across its Heat 45 and 55 boiler ranges. In addition to delivering a reliable boiler range that gives homeowners total peace of mind, Keston also makes life easier for installers with leading twin flue technology that allows flue runs of up to 21 metres from the boiler. This impressive capability provides the perfect solution for complex flue requirements, enabling the appliance to be sited on inside walls or in basements as required.

Sir Stirling Moss, OBE is an inductee into the International Motorsports Hall of Fame. With a racing career that spanned 14 years from 1948 to 1962, his success in a variety of categories placed him among the world’s elite. Sir Stirling’s lifelong love of technology and pursuit of innovation is evident in his beautiful six-storey Mayfair home, which he originally acquired in 1961 as a less-than-inspiring world war bomb damaged plot of land. Sir Stirling had a heavy influence in the design of the house and over the years has integrated as much cutting edge technology into the property as possible, with innovations that include an automated bath, an electro-hydraulic dining table and a bespoke carbon fibre lift that was built for him by the Williams F1 team.

Launched in 2013, the entire Keston boiler range encompasses Heat, System and Combi boilers, all of which were designed and developed by the highly skilled R&D team based at Keston’s manufacturing facilities in Hull. Offering outputs from 30kW to 55kW, Keston boilers feature the latest energy technology and are Energy Saving Trust endorsed, with efficiencies up to 110% part load and an impressive turndown rate of 5:1 also achieving a high SEDBUK rating. 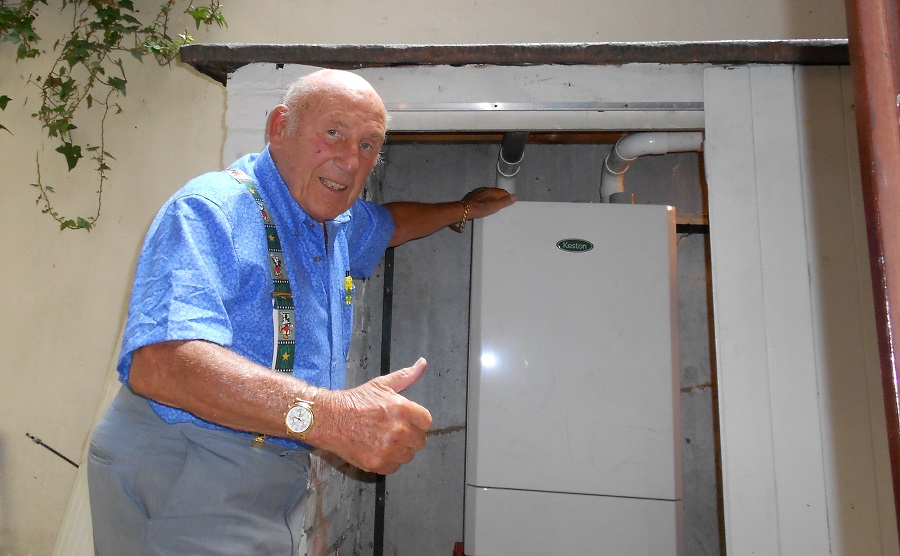