Leading British Manufacturer Keston Boilers has supplied three 55kW Heat twin flue boilers and a Frame and Header Kit to Lancing College in Lancing, West Sussex, which have been installed as part of a refurbishment project to improve the reliability of the heating system in one of the accommodation blocks and reduce overall running costs.

Lancing College is an independent boarding and day school, providing education for boys and girls aged 13-18 years. The boilers have been installed in Gibbs House, an accommodation block providing boarding facilities for 650 boys. Like all the buildings at Lancing College, Gibbs House is over 170 years old and the old heating system had previously been served by a central boiler room located in the main building over 50 metres away. The old boilers were not only unreliable and less energy efficient, but the long external pipe run resulted in excessive heat loss, as did the five inch cast iron pipework delivering the hot water to the radiators in the building, all of which contributed to high fuel bills.

The new Heat boilers were installed on Keston’s Frame and Header Kit, which was delivered in prefabricated modules that were then quickly and easily assembled on site by Chris Smith, Heating Engineer. The system was installed in a new plant room within the building, eradicating the need for a long pipe run, and serves 60 radiators. Around 200 yards of new 67mm copper piping runs along four foot high tunnels located throughout the building, ensuring they are out of sight and retain the character of the school. 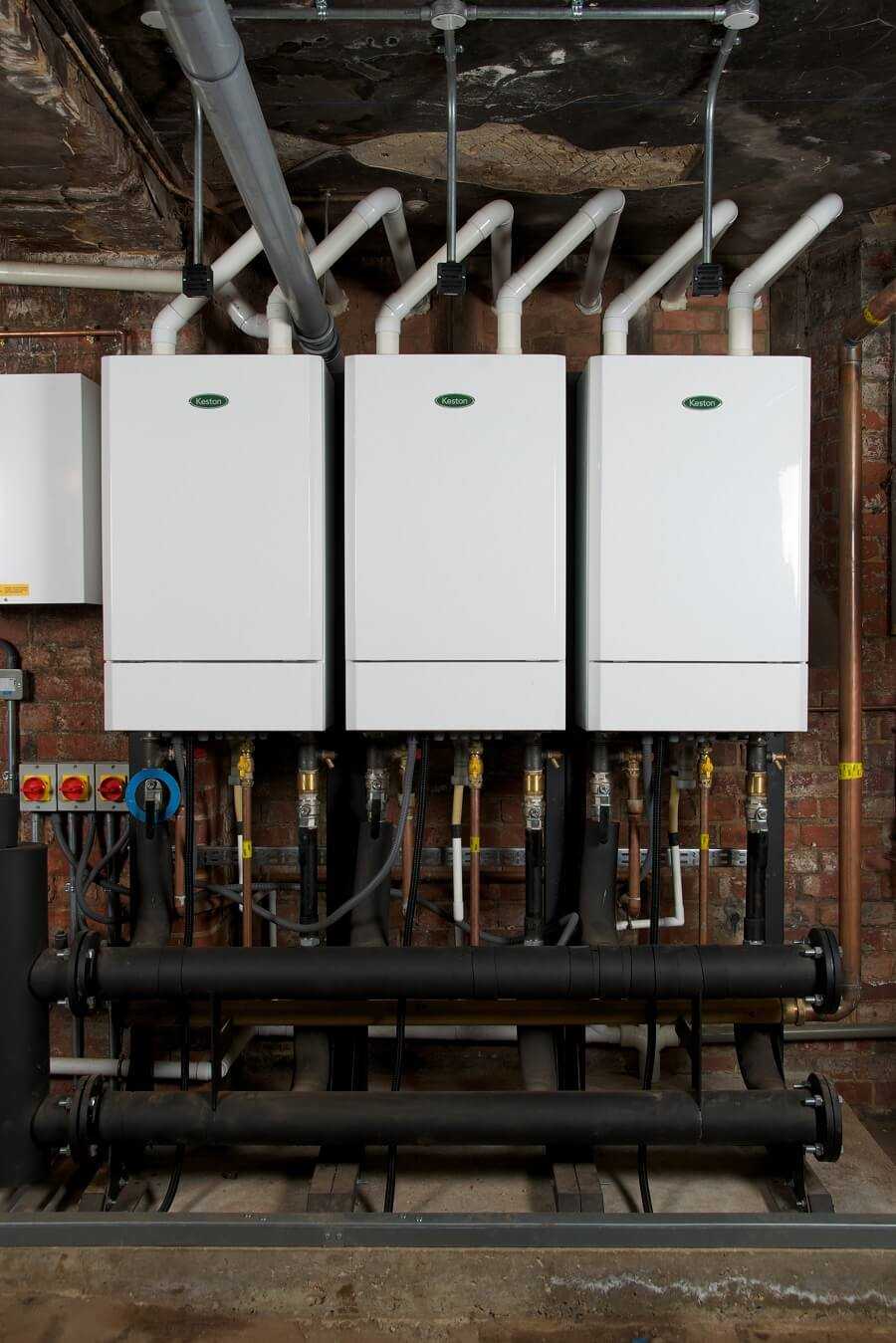 There are around 30 Keston boilers installed throughout Lancing College and this installation was the first that utilised the new range of Keston boilers, which were launched in 2013. Chris Smith commented, “The Keston Heat boilers were very straightforward to install, especially with the Frame and Header kit as supplied by Keston. They have been running perfectly since their installation and the increased energy efficiency has meant a large reduction in running costs for the school.” He added, “The flexible flueing options offered by Keston twin flue boilers were perfect for our needs, as they allow us to hide the flues so they do not affect the character of the buildings by emerging from the original flintwork.”

The Keston Heat condensing boiler range includes 45kW and 55kW outputs and it is the only dedicated boiler on the market for domestic or light commercial applications that combines twin flue capabilities with a fully modulating Energy related Products (ErP) approved pump built into the framework of the appliance. Continuing to make boiler efficiency easy for customer and installer alike, the Keston Heat-Only range is also supplied with integrated weather compensation and an outside sensor as standard. Weather compensation is instantly activated when the outside sensor is installed, creating a simple ‘plug and play’ solution with no intricate programming required.

Keston’s boiler range for both domestic and light commercial applications, manufactured in Britain and launched in 2013, includes system, combi and heat-only boilers, all of which incorporate market-leading twin flue capabilities that are highly adaptable, offering the perfect solution for awkward installations. All boilers in the range offer a high SEDBUK efficiency rating, are Energy Saving Trust endorsed and also feature on the Energy Technology List (ETL), qualifying them for inclusion in the Government’s Enhanced Capital Allowance (ECA) scheme.