As part of a refurbishment project at Selly Manor Museum, a Keston 30kW System boiler was installed to ensure greater efficiency whilst also meeting the requirements of a lengthy flue run.

Read on to find out why fitting a suitable heating system in the Grade II* listed Tudor house presented a challenge, and how installing a Keston twin flue boiler helped to overcome these issues.

Selly Manor Museum is a Grade II* listed Tudor house dating back to the 1300s. It is now owned by Bournville Village Trust, attracting thousands of people to visit the museum each year.

The property is over 700 years old, making it one of Birmingham’s oldest buildings. The refurbishment of listed buildings often presents very different challenges to installing other commercial heating systems, as regulations stipulate certain changes cannot be made to historical features, fixtures and fittings when it comes to siting a boiler.

As a Grade II* listed building, Selly Manor is protected under the provisions of the Planning (Listed Buildings and Conservation Areas) Act 1990. As such, any work carried out needed to be assessed and approved by the local planning authority to ensure it complied with strict criteria. For example, the boiler flue was not allowed to be visible on certain external walls and any flueing work needed to be as discreet as possible so as not to detract from the character of the building.

The previous standard efficiency floor-standing boiler at Selly Manor was installed in the basement plant room and had been running for over 25 years. It’s recommended to replace a boiler at least every 15 years to ensure efficiency, so the building was definitely due an upgrade.

Following a period of bad weather, the plant room had been badly flooded, resulting in complete boiler failure. The Trust had set up electric heaters throughout the house as a short-term solution, but these were expensive to run, offered little control and were ineffective, making it difficult to prevent damp due to the cooler temperature in the rooms.

Contending with such specific challenges made it difficult for Selly Manor Museum to find the right boiler system, which is where Keston came in.

As the boiler was situated in the basement plant room and could not be relocated, the Keston System S30 twin flue boiler was the only boiler range on the market that could meet the challenging requirements for a 23m flue run. One of the many advantages of a twin flue boiler is having the flexibility of a longer flue run, as the air intake and exhaust flue pipes don’t have to run parallel to one another.

Energy efficient controls were also installed, allowing the Keston boiler to communicate with an external wireless room stat located at the top of the stairs. This is used to control the new convector heaters located throughout Selly Manor, allowing them to switch on only when the boiler reaches the required pre-set temperature, thereby minimising energy use and reducing demand on the boiler.

About the Keston System Boiler

Our 30kW System boiler is suitable for both domestic and light commercial applications. It has a lightweight design with concealed connections at the base and no need for compartment ventilation, and can be easily fitted in compact plant rooms and even cupboards. The System boiler also offers a subtle and unobtrusive aesthetic.

The Keston 30kW twin flue boiler was specified by heating and ventilating specialists SHEco Ltd. Extreme thought and care went into safely and efficiently installing the boiler in the basement, ensuring that Selly Manor Museum was safeguarded and preserved for the enjoyment of future generations.

The decision was made to turn the existing open-vented boiler system into a sealed system by capping off the tank, which was situated at the top of the building. A sealed system boiler eradicates the possibility of water leaking out into the loft and causing damage to the building.

After running a new, larger gas pipe into the plant room to meet the requirements of the new system and replacing the main flow and return pipework, the SHEco engineering team installed the boiler directly onto the wall. Due to its compact size, the team had no trouble manoeuvring the Keston boiler in the small plant room space.

The main challenge they faced was how to run the twin boiler flue out of the basement plant room, as one flue needed to be tracked around the circular entry staircase and the other needed to be long enough to reach the existing chimney.

“The old boiler was connected to an open flue chimney liner in order to discharge waste gases outside the building. A long flue run was required to enable the new boiler flue to reach the chimney and, as a result, other boiler companies said that the chimney would need to be replaced and relocated, which would have been difficult within the listed building criteria as well as expensive.

“However, after a site visit from Keston to discuss the options, we discovered the Keston boiler could achieve the required flue runs which totalled over 23m, meaning we could utilise the existing chimney. This prevented complications with planning permission and installation, as well as saving time and money.

“The MUPVC solvent weld flues designed and supplied by Keston also solved multiple issues, as stainless steel flues would have been too conspicuous and heavy. Keston’s plastic flues were coloured to blend into the brickwork and so are barely noticeable.”

A New Lease of Life for Selly Manor Museum

The new boiler system provides a vast number of benefits. It is more effective, resulting in a warmer building for enhanced user comfort whilst also preventing the formation of damp. The system is also significantly more efficient, greatly reducing running costs for Bournville Village Trust.

As twin flue boiler specialists, Keston Boilers can help you navigate an array of challenging installs. To find out more about twin flue boilers and their benefits, visit the Keston news hub. 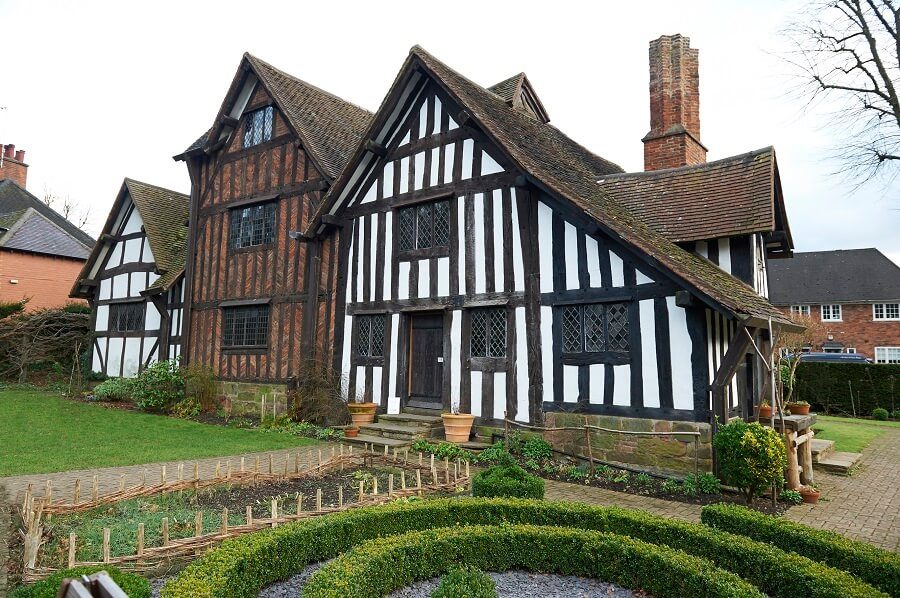